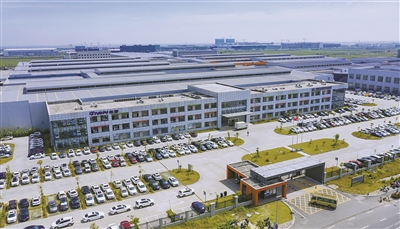 On the first day of 2022, the Regional Comprehensive Economic Partnership (RCEP) Agreement entered into force for ten of its participating countries: China, Japan, New Zealand, Australia, plus six ASEAN countries—Brunei, Cambodia, Laos, Singapore, Thailand, and Vietnam. The RCEP's coming into effect marks the birth of the largest trade bloc in history by population size and by GDP. With its uniquely diverse membership, the RCEP is set to unleash unprecedented growth potential.

Midnight of January 1, 2022 found the staff of the Ningbo Council for the Promotion of International Trade (CCPIT Ningbo) working overtime to issue the first RCEP Certificates of Origin for four eligible Ningbo companies. These companies are manufacturers of textiles, paper, base metals, and plant-based products with the intent of exporting to Australia and Japan. The Certificates will make them eligible for tariff reductions worth $1,606.

After the RCEP takes effect, tariffs on trade in goods within the bloc will be immediately or gradually reduced to zero. Ultimately, tariffs on more than 90% of goods traded between the member states will be eliminated. The trade agreement will make the region's industrial chain and supply chain much more influential through integration and allow companies in China and other member countries to link and upgrade their production capacity.

"To make the most of the RCEP's benefits, Ningbo's exporters should apply for the Certificates of Origin as soon as they can, discuss the new RCEP policies with clients, and negotiate prices accordingly. Meanwhile, companies should adjust and optimize their market structure to increase their import and export trade with RCEP member countries," a staff member of CCPIT Ningbo advised.

"Look behind me! This plot of land used to be a piece of wasteland, but now it is a thriving industrial park, the most important nickel and cobalt production base in Indonesia and even the world!" Hu Honggen, the deputy general manager of Ningbo Lygend's OBI Island Park, proudly said.

Over the past five years, Lygend has handled more than a quarter of China's total nickel ore trade and ore shipping volume; it has long been China's biggest nickel ore importer. Lygend's overseas business is mainly located in RCEP member countries such as Indonesia, the Philippines, and Malaysia.

The first phase of a nickel and cobalt wet smelting project established with $2 billion from Lygend and its Indonesian partners went into operation in 2021. It was identified as a "major construction project of the Belt and Road Initiative" by Zhejiang Province and recognized as a national strategic investment project by Indonesia. On June 23, 2021, the plant shipped off its first batch of 5,500 tons of nickel cobalt hydroxide for export.

The implementation of the RCEP Agreement has made Cai Jianyong, Chairman of Ningbo Lygend, more confident about the company's next steps. In his view, the RCEP's coming into effect will bring about shared gains for all members and could further boost China's "dual circulation" strategy. On the one hand, Indonesia's rich natural resources can now be fully utilized and exported to China, Japan, and South Korea with ease as intermediary goods; on the other hand, batteries produced in China using Indonesian minerals could now be exported to the entire RCEP area at lower tariffs. Accounting for 30% of global GDP, the RCEP trade bloc will optimize the allocation of resources, technology, capital, and markets between members and bring direct benefits to companies such as Lygend as they launches overseas projects and develops existing trade ties.

This much-anticipated moment represents a watershed occasion for Ningbo. China joined the WTO 20 years ago. Since then, Ningbo's annual import and export volume has been increasing steadily, from $8.89 billion in 2001 to over $160 billion in 2021. It became the sixth city in China to exceed the trillion-yuan mark in international trade volume.

Today, on the cusp of China's new round of opening up, Ningbo's open economy is expected to usher in two new "golden decades" thanks to the RCEP.

Statistics indicate that in recent years, manufacturers from Ningbo's traditional industries—textiles, garments, stationery, and electromechanical equipment—have made significant investments in Southeast Asia. As of October 2021, Ningbo's investment in RCEP member countries stood at $7.55 billion, accounting for 27.38% of the city's total overseas investment.

The Bailong Textile Park in Vietnam and the Laos Xieng Khuang International Trade City, built by Ningbo's enterprises in RCEP member countries, have been identified as "Overseas Economic and Trade Cooperation Zone" by Ningbo's municipal-level authorities. Additionally, Bailong was named a provincial-level "Overseas Economic and Trade Cooperation Zone". The implementation of the RCEP will undoubtedly accelerate the growth of Ningbo's international trade and two-way investment across many sectors, while bringing about new opportunities for Ningbo's "dual circulation" strategy and the further opening-up of its economy. Against this backdrop, the city is feeling the pulsing beat of new hope and gradually finding its place on the global stage.